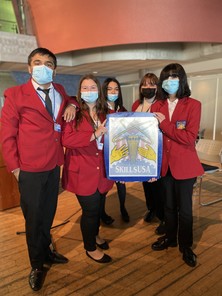 Englewood, Ohio – The Miami Valley Career Technology Center (MVCTC) SkillsUSA Chapter 2 held its second meeting of the school year on November 1, 2021. The meetings topics included the thought of the day, the Opening Ceremony, the upcoming Fall SkillsUSA Conference, an introduction to SkillsUSA Officer Candidates and Voting Delegates, and a short video describing workplace skills, upcoming dates, and ending with a Quizizz game.

Starting with the thought of the day from Vice President Ashtyn Barga (Digital Design/Milton-Union, “Man is the Plural and collective unity in which the unity of destination and the difference of destinies are to be understood through each other.” - Paul Ricœur

The meeting was then proceeded by the opening ceremony, which stated and described the six parts of the emblem which was presented to you by your following chapter II officers:

The meeting proceeded with the announcement of the Fall Conference, November 4-5, 2021, located in Columbus, Ohio, and listed the names of regional officer candidates and voting delegates.

A brief video was displayed then we moved on to the important upcoming dates spoken by President Navjot Singh.

A Quizizz game was then played throughout all seven labs with questions relating to SkillsUSA with a candy prize for those who won. After watching the SkillsUSA video, “United as One,” the meeting concluded.

SkillsUSA is the largest technical organization currently at MVCTC, hosting four chapters. SkillsUSA Framework surrounds technical skills grounded in academics as well as personal skills and workplace skills. There have been a total of 13,600,000 members since 1965, and it continues to grow. 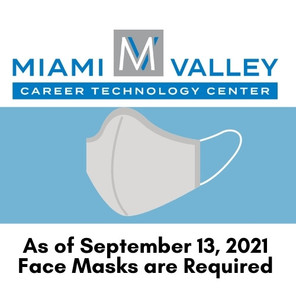